A Chat with Rick Yancey 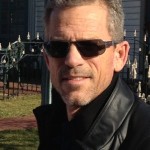 My guest this week is Rick Yancey, an author who writes powerful novels across genre and age lines. He’s the author of several adult novels and the memoir, CONFESSIONS OF A TAX COLLECTOR. His first young-adult novel, THE EXTRAORDINARY ADVENTURES OF ALFRED KROPP, was a finalist for the Carnegie Medal. In 2010, his novel, THE MONSTRUMOLOGIST, received a Michael L. Printz Honor, and the sequel, THE CURSE OF THE WENDIGO, was a finalist for the Los Angeles Times Book Prize. His latest series, THE 5TH WAVE, will launch this spring.

JONATHAN MABERRY: Let’s talk fear. What’s the most frightened you’ve ever been?

RICK YANCEY: The most frightened I have ever felt – ever – is when, as an older teen, the idea that life is capricious and the world may not be – in fact, all evidence pointed to the fact that it wasn’t – ruled by a benign and generous intelligence.

JONATHAN MABERRY: What brought you to that point?

RICK YANCEY: I’m not sure when this happened, but it may have been around the time I read THE RED BADGE OF COURAGE. 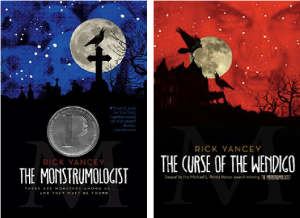 JONATHAN MABERRY: Why? What did that book do to you?

RICK YANCEY: It was a feeling of hopeless dread, the existential terror of a universe that is neither kind nor malignant, but indifferent.

JONATHAN MABERRY: This was when you were a teen?

RICK YANCEY: Yes, and this shook my worldview to the core. By that age, I’d come to terms with the inevitability of death – intellectually at least – but I hadn’t considered the possibility that my death might be utterly meaningless.

JONATHAN MABERRY: What does that mean to you?

JONATHAN MABERRY: Beyond entertainment, what value is there in horror fiction?

RICK YANCEY: Scary stories are popular because they’re a safe way (physically, at least) to confront our deepest fears. I have an unprovable theory that the very first stories were horror stories, told as a way to impose structure on an environment in which we were not the top of the food chain.

JONATHAN MABERRY: Has horror been a part of your reading life?

RICK YANCEY: I haven’t read much horror since I was a teen. I’m very impressionable; horror sticks with me and disrupts my sleep.

JONATHAN MABERRY: And you write it. 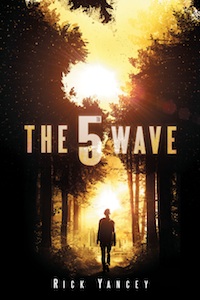 RICK YANCEY: When I wrote THE MONSTRUMOLOGIST I didn’t consider it horror – I thought of it as an adventure/thriller, but I never worry too much about classifications and genre (maybe to the detriment of my career).

JONATHAN MABERRY: How do you define ‘horror fiction’?

RICK YANCEY: Oh, the same way most people do, I suppose. Death or some facet thereof confronted.

JONATHAN MABERRY: In what ways does adult horror differ from teen fiction?

JONATHAN MABERRY: Why so?

RICK YANCEY: Lots of readers have commented that my monstrumologist books are not teen-friendly, based on the sophistication of language and the graphic descriptions of death and the attending mayhem. I think the bigger issue is one of experience. Horror can also described as fiction of loss – the ultimate loss being life itself. You could argue that adults have experienced loss, failure, betrayal, malaise…all the shit that life can ladle out and to a more profound degree, and so-called “adult horror” spends more time addressing this, while “teen horror” dwells on the more primordial stuff – like being eaten alive.

RICK YANCEY: The Monstrumologist series evolved as I wrote it. My original concept was to write a Jaws-like story set in the 19th century, told epistolarily through the journals of an old man. I loved stories from that era, loved the style, loved that time when “there were still dark places in the world and men who dared to delve into them.” The story of the monster-hunter and his apprentice grew in directions unforeseen, putting out roots and branching into places I hadn’t anticipated. This, by the way, is one of the great joys of writing, when your characters take your original idea and do something totally unexpected and wonderful with it. Midway through THE CURSE OF THE WENDIGO, the second book, I realized I was writing a love story disguised as a horror story. I remember writing in large letters at the top of the manuscript: LOVE IS THE MONSTER.

By the third book, THE ISLE OF BLOOD, I knew I had something special on my hands. This wasn’t just about hunting monsters or a unique relationship between a driven man and his impressionable apprentice – I had come close to the heart of all fear and horror – or at least felt I had; readers can judge for themselves.

JONATHAN MABERRY: Nice.  So…what’s next on the slab?

RICK YANCEY: The fourth and last book in the series, THE FINAL DESCENT, will be published this fall. It’s gonna be tough to say goodbye to these characters.

JONATHAN MABERRY: I hear you. Just went through that myself with a quadrology.  Okay, let’s wrap it with a key question. If you had to recommend just three YA horror novels –past or present—which books make your must-read list?

RICK YANCEY: Oh boy, that’s always a hard question. Poe blew me away as a kid. I like Daniel Kraus’s stuff. Early Stephen King is great for older teens.

NEXT TIME: Tune in next week when I sit down to talk with Tonya Hurley, New York Times and international bestselling author of young adult series GHOSTGIRL and THE BLESSED. Until then, don’t let the bedbugs bite!